The negative calorie phrase refers to a small list of foods (shown below) which contain such little energy that the body uses more energy to digest and absorb the energy and nutrients. This means that from eating these foods alone, there is potential for a net loss of calories from the body. This negative energy balance is a biological necessity in order to lose weight.


Combining negative calorie foods with good protein sources not only helps control appetite but will help maintain the metabolism because total calories are not cut too much, plus the amino acid pool is maintained which limits the loss of muscle.

There is indeed much controversy about the negative calorie diet and some experts believe it to be total rubbish. Some believe the amount of energy used may be relative to the amount and complexity of the meal ingested. In other words, the energy cost to digest and absorb may be set as a general percentage of the energy contained in each specific food, thus there cannot ever be foods with negative calories However, some research has proved that Celery does cause a negative energy intake, but this is mainly because the energy is "sealed" making the digestive system work harder to obtain its energy content.

Why is it interesting to consume negative calorie foods?

We are unsure as to whether negative calorie foods are fact or fiction. There needs to be more research done in order to prove or disprove the theory. Although we do believe negative calorie foods help people consume fewer calories AND eat healthier foods then it can be a positive start to permanent weight loss!

The table below lists the foods which are supposed to have a negative calorie effect on the body. One thing to remember is that the body needs a certain amount of calories and nutrients each day for healthy functioning. Eating a lot more of these negative calorie fruits and vegetables may help you lose weight but they should still only make up part of a balanced diet.If you wish to try the negative calorie food diet, seek advice from your doctor before introducing new foods to your diet plan. 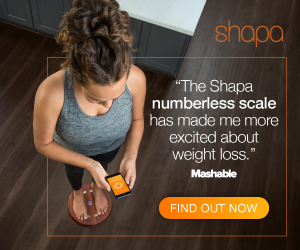